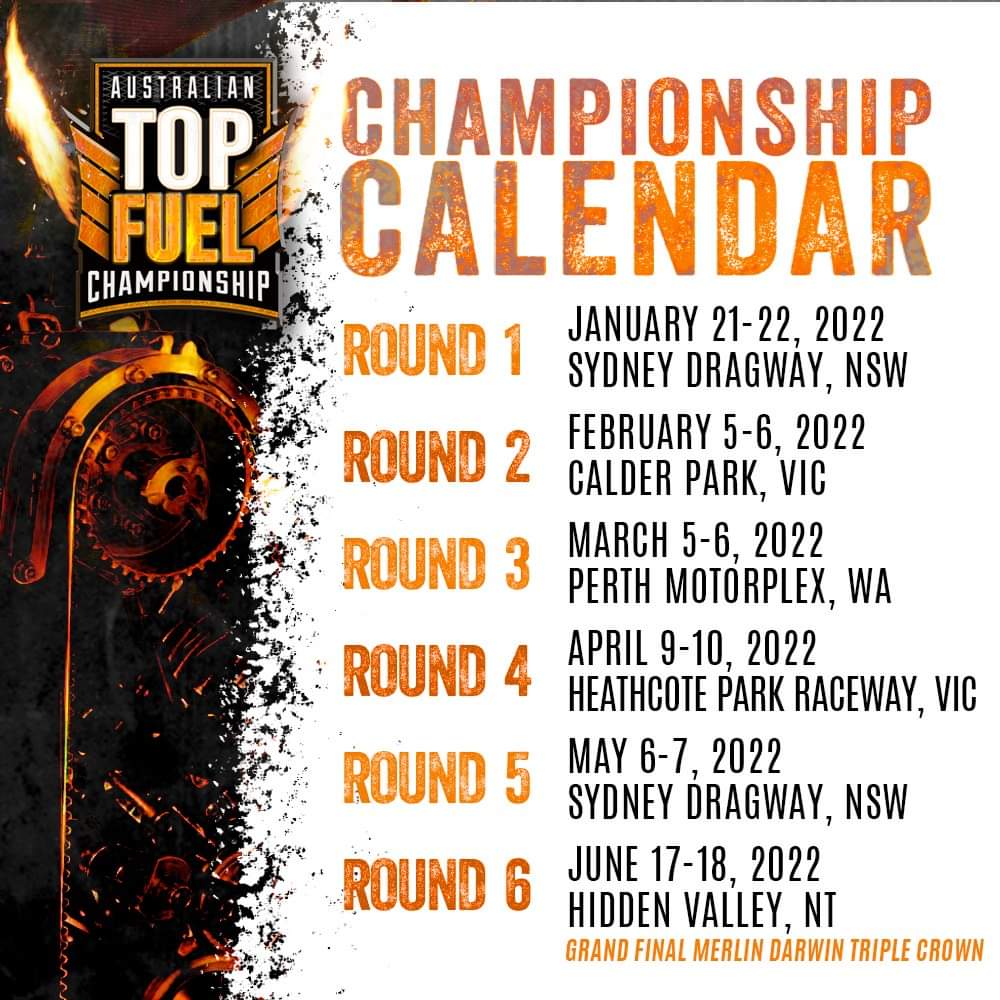 The eagerly anticipated final round of the Australian Top Fuel Championship has been confirmed for 17-18 June, 2022 at the Merlin Darwin Triple Crown. Riding alongside are the Superbikes, creating a festival of motorsport not seen since the Triple Challenge of the 1990s.

The aptly named Merlin Darwin Triple Crown sees Supercars and Australian Superbikes star alongside Nitro Up North featuring the mind-blowing finals of the Australian Top Fuel Championship. Darwin is the only round that will feature the fastest drag cars around.

Nitro Up North hits the track on Friday and Saturday night under lights with Top Bike, Doorslammer and Sportsman brackets adding to the fireworks.

Top Fuel are the loudest, fastest and most powerful cars on the planet, the nitro burning headline act of what is shaping up to be the most exciting motorsport event on earth in 2022.

Up and coming events